In order to attend, you must register by August 11

Greetings to all the members of Shotokan Karate of America and the International affiliates.

In August 19-21, 2016, we will be hosting the SKA 60th Anniversary celebration that will take place at the Shotokan Ohshima Dojo in the mountains of Santa Barbara. It will be a milestone and an important foundation of the future of the Shotokan Karate under Mr. Tsutomu Ohshima.

When we held the Grand Opening celebration of the Shotokan Ohshima Dojo in 2000, Ohshima Sensei and many senior members saw the vision of SKA and Shotokan members the world over come true. Many of you experienced the fabulous 50th anniversary weekend held in Santa Barbara in 2006. Now, there is an opportunity for you to be part of SKA history this summer.

The SKA 60th Anniversary Celebration Committee has put together a first class weekend starting with Friday check-in for registered guests. Saturday morning we’ll make an open-to-everyone practice with Ohshima Sensei on the big open lawn overlooking the Pacific Ocean and the Channel Islands. After a special lunch, there will be a godan exam for candidates invited from many countries. In the evening, guests will be bussed to a delicious BBQ dinner on the palm-covered lawn by Santa Barbara beach at the Fess Parker Doubletree Hilton resort. A top live band will provide entertainment. Sunday will begin with an international team tournament and country kata demonstrations, lunch, and the second part of the godan exam. Sunday evening, all members will be bussed to the Fess Parker Hilton Plaza Del Sol and treated to a first-class buffet dinner, awards, with entertainment from a live band and we’ll dance all night to Jazz, Funk, Motown and Top-40 music.

The Santa Barbara area was recently voted the #1 place to live on the U.S. West Coast. Those who arrive early or stay after the weekend can explore the beaches, shopping, restaurants, the Santa Barbara Zoo area wineries, and several craft breweries. Don’t forget Disneyland, Universal Studios with the Wizarding World of Harry Potter, Leggo Land, and Sea World to round out your stay.

This event is coming up soon, so I urge you to make the decision to attend. Make your hotel reservations as soon as possible because all area hotels sell out early in the year and we have a very limited block of rooms. You will not only be a visiting member, but also become part our history, our dojo and organization. Many decades from now, Ohshima Sensei, our SKA members, and future members will thank you for the impact that you left by participating. You will not be disappointed. 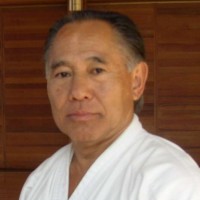